Eels debutant claims Round 15 Rookie of The Week honours

The NRL Nation MEGT Australia Rookie of the Week has been announced!

Scott Sattler selected three standout rookies from Round 15 of the NRL season, with a debutant earning three votes for an outstanding first game.

Check out the votes from NRL Nation below.

“On debut, he scored a double for Parramatta.

“His team won as well, so he gets the three votes.”

“He was really good in the first half.

“For a little, slender guy, he's so strong, he never gets dominated.”

“He was really physical and strong again against Penrith.”

Check out the leaderboard below! 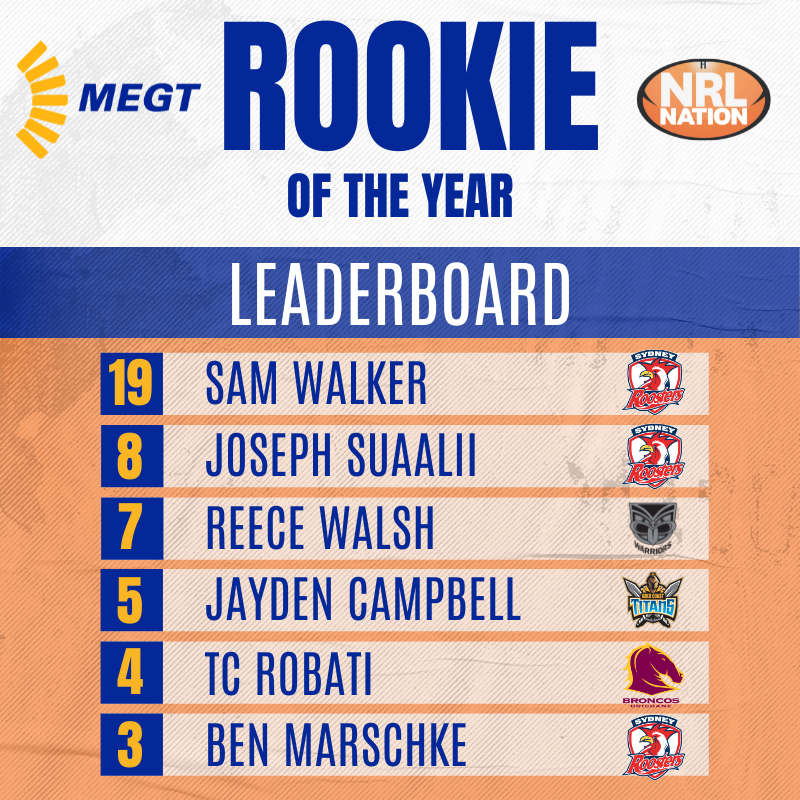